Much has been written about the harm caused by short-term rental (STR) platforms such as Airbnb. By driving up demand for housing, these platforms can result in higher rents and house prices, thus potentially driving out long-time residents. However, the authors’ new research explores the upside of STRs, suggesting that they can also have a substantial, positive impact on communities’ long-term economic growth. Specifically, the authors find that people invest more in developing residential properties when demand for Airbnbs increases, and that restricting Airbnbs directly leads to less residential development, less growth in home prices, and thus less tax revenue for cities (to the tune of at least $40 million per year in the U.S.). While this is not to suggest that unregulated growth is the answer, these findings highlight the importance of a targeted approach to regulation that limits the short-term harm of STRs without eliminating their potential to spur long-term growth.

It’s well-known that one of the downsides of short-term rentals (STRs) is that they can reduce the availability of housing for long-term residents, thus driving up both rents and house prices for locals. In a previous study, we found that home-sharing through Airbnb alone is responsible for about 20% of the average annual increase in U.S. rents, leading many policymakers to take an understandably aggressive approach to regulating STRs. For example, New York City has made it outright illegal to rent an apartment for fewer than 30 days in most buildings.

However, while this short-term impact is well established, the longer-term impact of the last decade’s boom in STRs is less clear. Could the immediate harm of services like Airbnb to the local economy be offset or even outweighed by the long-term increase in demand they create?

To explore this question, we conducted a large-scale study analyzing a decade’s worth of Airbnb listings and residential permit applications in the U.S. Residential permits are necessary for both new construction projects and substantial changes to existing structures, which makes them an effective way to measure the local economic growth that results from owners investing significantly in developing their properties. Based on this dataset, we identified a clear connection between STRs and residential permits: On average, a 1% increase in Airbnb listings led to a 0.769% increase in permit applications, suggesting that Airbnb can play a major role in supporting local real estate markets and thus boosting local tax bases. Given these findings, it follows that restricting STRs can have a significant, negative impact on local economic activity.

Of course, this is not to say that the negative economic impacts identified in our prior work are irrelevant. In the next part of our study, we took a more granular approach in an attempt to measure the direct impact of various STR regulations and identify strategies that can help communities reap the long-term benefits of the economic activity generated by these rentals while minimizing the short-term harm to residents.

To dig deeper into the underlying market forces at play, we divided our analysis into two parts: a nationwide examination of Airbnb’s impact across 15 major U.S. metropolitan areas from 2008 to 2019, and an in-depth exploration of the effects of different local restrictions within Los Angeles County. The national study ensured our findings were applicable across diverse geographic and demographic settings, while the detailed look at LA offered specific insights into the on-the-ground impact of different policies. In addition, it’s worth noting that STR regulations were rolled out in the different cities at various points between 2012 and 2019, enabling us to avoid muddying our findings with factors specific to any particular city or time period.

In the first part of our analysis, we looked at 2.9 million residential permit applications, 750,000 Airbnb listings, and 4 million residential sales transactions across the country. The main limitation to expanding this beyond the 15 cities we looked at was access to residential permit application data, since in general, only larger metropolitan areas in the U.S. share their permit data publicly. Public tax data and sales records, however, were easily obtained from data aggregators, as was Airbnb listing data, which we cross-checked with several overlapping sources.

We then used a popular research design known as “difference-in-differences” to measure the causal impact of STR regulations on economic activity. We compared both Airbnb listings and residential permit applications in the three years before and after an STR restriction was passed in a given neighborhood, and then averaged these effects over all the neighborhoods in our study. Our analysis identified a clear downward trend in both listings and permits after a regulation was enacted: Airbnb listings fell by an average of 21%, and residential permits fell by an average of 10%.

The second part of our analysis zoomed in to focus on these effects within a single metropolitical area. We chose to look at Los Angeles County because it has a uniquely large, interconnected housing and labor market, with many independent jurisdictions and regulations coexisting side by side. Specifically, only 18 of LA’s 88 municipalities have STR regulations, enabling us to perform direct comparisons between areas with STR regulations and their unregulated next-door neighbors. We focused our analysis on residential permits within a kilometer of a border between regulated and unregulated municipalities, in order to maximize the chances that the trends we identified were purely due to the difference in STR restrictions, rather than other, external factors that may have incentivized residential construction on one side or the other. Furthermore, in addition to general residential permit applications, we tracked permit activity for a category known as accessory dwelling units (ADUs) — that is, additions to existing homes, which are often especially well-suited for renting.

The results of this analysis were conclusive: On the sides of these borders without STR regulations, there were 9% more non-ADU permit applications and 17% more ADU permit applications than on the sides with restrictions. Clearly, demand for STRs has been driving the creation of extra housing capacity in LA, and it’s been especially driving growth for housing that is suitable for home-sharing (i.e., ADUs).

Of course, this is not to suggest that unregulated growth is the answer. While higher property values can increase cities’ tax revenues which can then be reinvested into local communities, they can also lead to issues related to housing affordability, including pricing out existing residents or preventing new residents from entering these neighborhoods. But our research illustrates that with the right policy approach, STRs can be leveraged as a tool to encourage local real estate development and economic growth.

As such, rather than enforcing blanket restrictions that hinder growth, we recommend creating targeted policies that meet local needs. For example, a study of real estate activity in Chicago showed that encouraging STR development for properties in distressed neighborhoods and then turning those properties into Airbnb rentals fostered parallel development in nearby retail properties, creating jobs and adding value to the entire community. As development spurs growth, policies could be implemented that would set aside a portion of the resulting increased tax revenue to fund affordable housing for local residents. Similarly, to address gentrification concerns, the total amount of space available for STR use could be capped at a percentage of available housing capacity, thus encouraging the development of long-term housing alongside STRs.

Ultimately, our research highlights the importance of taking a nuanced approach to STR regulation. As with many fraught policy decisions, the main challenge that regulators face is to balance residents’ shorter-term needs with the longer-term economic wellbeing of the community. There are no easy answers — but any effective solution will have to acknowledge the very real economic downsides of restricting what people can do on their property. 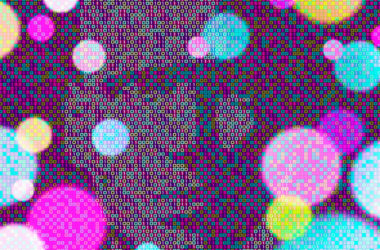 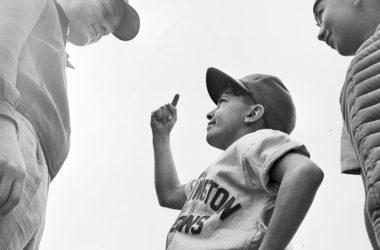